Is your Sleep Position Harming Your Health in Louisville

Majority of our population today suffers from sleep or wakefulness disorders due to poor sleeping positions. Human beings are the creature of habit, and they tend to get hooked on to a specific sleeping position despite the fact that it may be dangerous for their well-being.

To give a comprehensive overview of healthy and harmful sleeping positions, we have compiled a list to facilitate our readers.

THE BEST: BACK (SUPINE)
If you are one of the people who sleep on their backs, then you are on the top of your game!

The ideal way of sleeping is when your head is facing straight up, and the weight of your body is evenly distributed over the spine. This is among the most orthopedically sound positions, and it also assists in smooth breathing during the sleep. It is also beneficial for those suffering from acid reflux because your head is slightly elevated, and your stomach sits below the esophagus which eliminates the possibility of acid to come back up. The additional benefit of back sleeping also includes wrinkle prevention!

However, if you are a snorer, this sleeping position can be uncomfortable because your belly and throat are being pulled down by gravity, which makes it difficult for you to breath. So in this situation, it is ideal to sleep on your side.

THE WORST: STOMACH (PRONE)
Among the worst things that you can do to your health like smoking and excessive drinking is sleeping on your stomach. It is one of the surefire ways to wake up with pain and discomfort the next morning. Sleeping on your stomach causes a downward pull on your belly and it hurts the curve of the spine. It forces your head to a 90 degree angle, which puts strain on your neck, due to which you may wake up with strained neck muscles.

Discard your fluffy pillows and replace them with thinner ones so that your neck is not propped up too high, and train yourself to sleep in a position which allows for a more natural alignment of your spine.

If you have back pain due to poor sleeping habits, then you have come to the right place. Quickly becoming the choice for chiropractic and rehab in East Louisville, Louisville Chiropractic and Rehab has made a positive name for itself in the world of chiropractic. It was founded and is operated by Dr. Shawn Martin, who has a degree in chiropractic, biology and is also certified by the Acupuncture Society of America. Contact us here for consultancy! chiropractor in Louisville 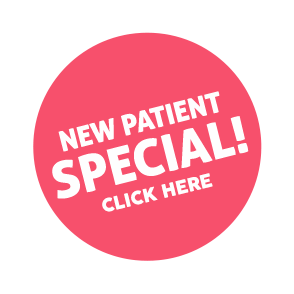